In 2011, Canadian telecommunications giant Nortel, as part of its bankruptcy proceedings, auctioned off its portfolio of roughly 6,000 patents and patent applications (the “Nortel Portfolio”). Several technology companies—including Apple, Microsoft, Research in Motion (“RIM”), Sony, and Ericsson—created a consortium that won the auction and purchased the Nortel Portfolio for $4.5 billion. This consortium is now composed of several different entities, including Rockstar Bidco, Bockstar Technologies, Mobilestar Technologies, and Constellation Technologies.1

In July 2013, seven patents in four families were sold to Spherix, an intellectual property licensing company, for an undisclosed amount of cash, $1 million in stock, and a share of future licensing income.2 Rockstar later sold 101 patents to Spherix in a subsequent transaction.3 These transactions may be a model for Rockstar’s future sales.

Elysium Digital (“Elysium”) analyzed a snapshot of the U.S. patents and patent applications that made up the Rockstar Portfolio4 as of February 21, 2014. This report focuses on the U.S. patents and applications, and includes analysis of current assignments of patent and application assets, areas of technology covered, and timing of patent expiration dates. Elysium based its analysis on public data, including file histories, reassignment data, and patent text provided by the U.S. Patent and Trademark Office (“USPTO”). Elysium will update this report with additional analysis as more information becomes public.

Elysium has also created an interactive online table, see below, that allows users to explore the Rockstar Portfolio. The table is powered by Legion, a patent research and collaboration tool.

Elysium is currently performing an analysis of which patents in the Rockstar Portfolio are encumbered by FRAND obligations. Elysium is conducting this analysis based on public statements made by Nortel to standards bodies, as well as analysis of patent subject matter, timing, and inventorship. Elysium plans to expand and update this report once the FRAND analysis is complete.

Assignment of Patents and Applications

As of February 21, 2014 the Rockstar Portfolio contained 3,516 granted U.S. patents. Distribution of these granted patents is as follows: 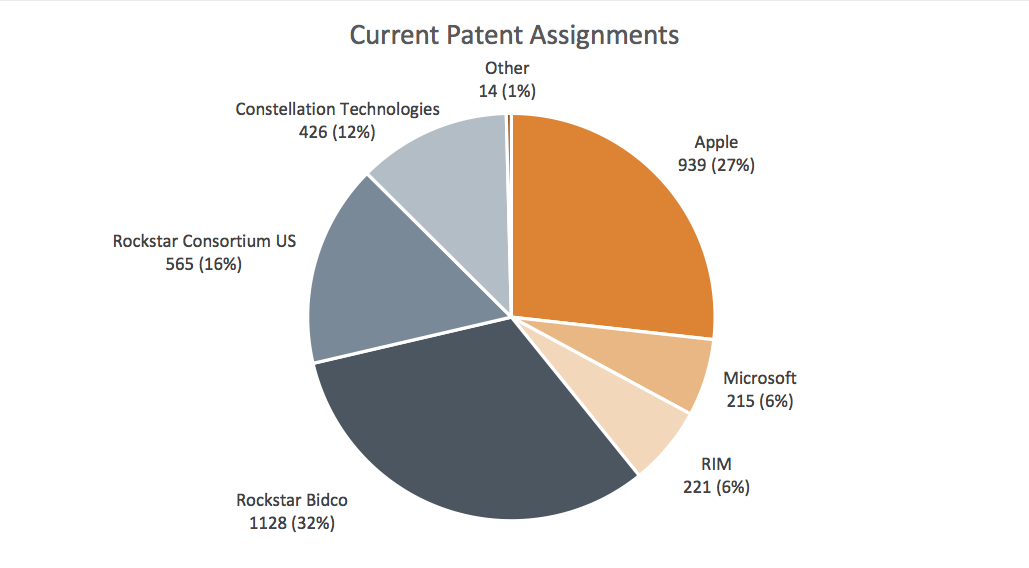 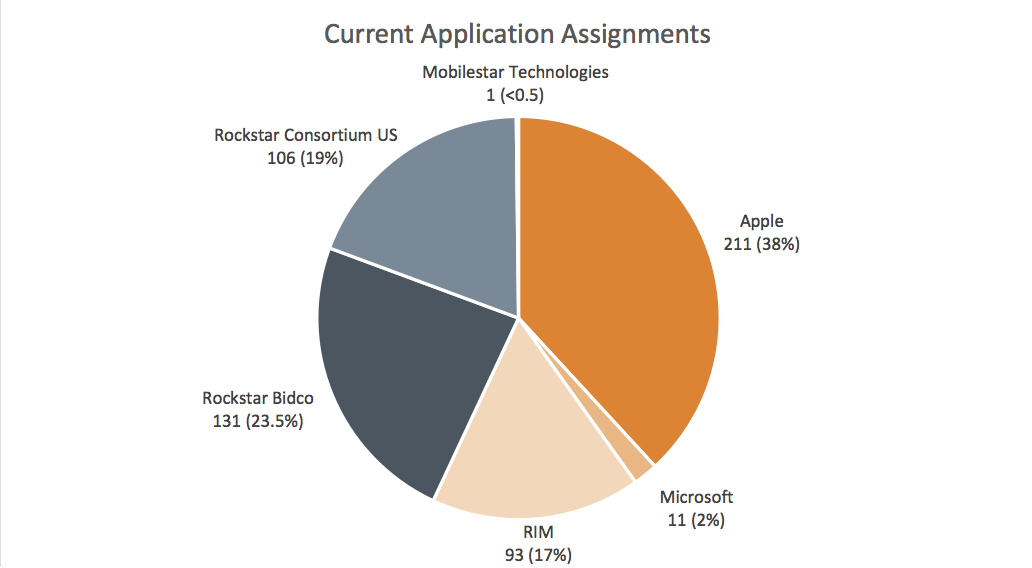 The patents in the Rockstar Portfolio span a variety of technological areas, as seen below. These categories were derived from the USPTO’s patent classification assignments. 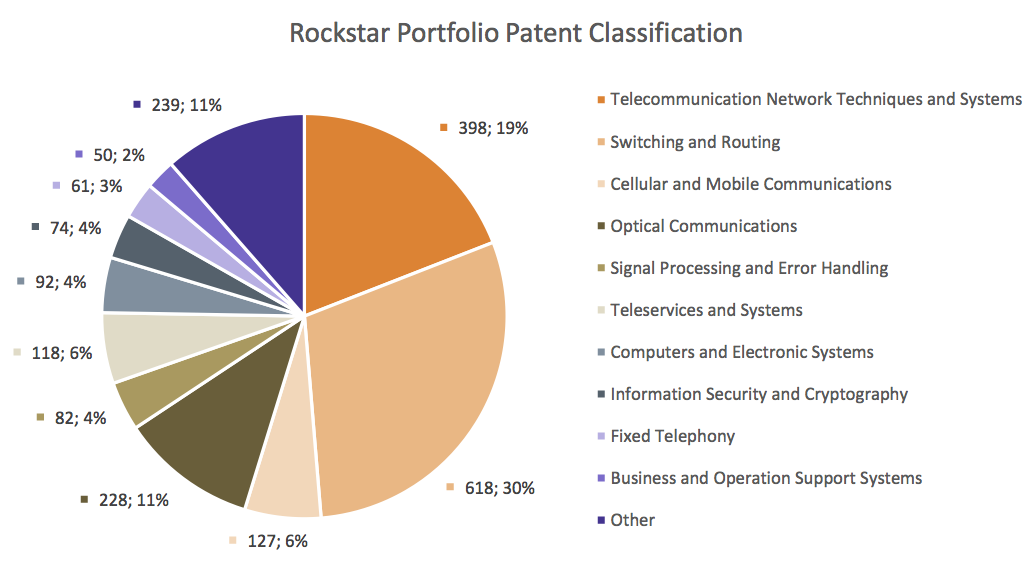 As would be expected from Nortel’s background, the Rockstar Portfolio is heavily weighted toward networking and telecommunications patents. There is an emphasis on packet routing, flow control, network configuration, and quality of service systems.

This analysis is built into Elysium’s interactive online table, see below, which allows users to quickly filter the Rockstar Portfolio patents by the above classification categories and/or by user text input.

Older patents in the Rockstar Portfolio began to expire in 2009. As of today, the majority of the portfolio’s patents have still not expired. However, as the graph above demonstrates, there will be a significant increase in expirations beginning in 2017. Expirations will then peak in the years 2019, 2020, and 2021, with more than 400 patents expiring in each of those calendar years. As visualized below, more than half of the currently issued patents are expected to expire by the end of 2021.

1This report collectively refers to the consortium’s current entities—e.g., Rockstar Bidco, Bockstar Technologies, Mobilestar Technologies, and Constellation Technologies—as “the Rockstar Consortium” or “Rockstar,” and collectively refers to the original backers of the Rockstar Consortium—e.g., Apple, Microsoft, and RIM—as “Rockstar Stakeholders.” In this report, “Apple” refers to multiple iterations of the company name found in patent assignment data, including but not limited to the following: Apple; Apple Inc; and Apple, Inc. “Microsoft” refers to Microsoft Corporation. “RIM” refers to Research in Motion, Research in Motion Limited, and/or BlackBerry (Research in Motion changed its name to BlackBerry early in 2013). 
2Olga Kharif and Adam Satariano, “Apple-Backed Rockstar Said to Be in Talks to Sell Patents,” Bloomberg, Dec. 24, 2013 (http://www.bloomberg.com/news/2013-12-23/apple-backed-rockstar-said-to-hold-discussions-to-sell-patents.html). 
3Ari Levi, "Apple-Backed Consortium Sells 101 Patents to Spherix," Bloomberg, January 6, 2014 (http://www.bloomberg.com/news/2014-01-06/apple-backed-consortium-sells-101-patents-to-spherix.html).
4“Rockstar Portfolio,” in this report, refers to the patents and patent applications that originated from the Nortel portfolio and that are still owned by one of the Rockstar Consortium entities or by one of the Rockstar Stakeholders.